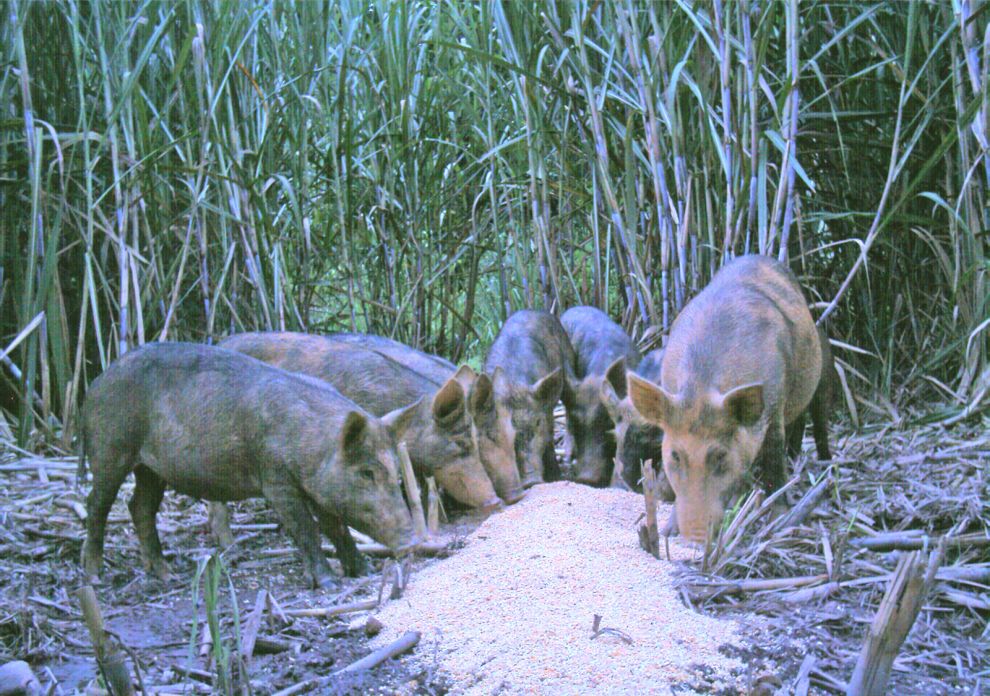 A number of methods and techniques are currently available for the control of feral animals, including fencing, trapping, shooting and poisoning. The type of control method chosen depends on the target species and the environmental surrounds. Successful long-term management of pest animals relies on cooperation with neighbours and the coordination of control activities. The effect of control techniques on non-target native species is an important consideration.

Some chemical and physical control techniques can be hazardous to people, stock and property, and current legislation enforces strict guidelines for their use. In choosing a control option, landowners may need to seek advice from their local government or the Department of Agriculture, Fisheries and Forestry.

You can find out all about control methods for pest animals on the Queensland Government website.

Pig control in the Wet Tropics - an example

The feral pig population in the Wet Tropics has been notoriously difficult to control. They are mobile, widely distributed and breed quickly. Pigs are responsible for ecological damage and are a major vector of weeds, pathogens and parasites. They cause economic damage to farms and crops. Many control methods have been attempted.

At present all these methods are capable of lowering pig numbers in local areas for a short time. However, they have failed to substantially lower pig numbers over time across the region. Any effective biological control is considered to be 10-20 years away. Researchers are now focusing on development of effective baits for feral pigs.