The Friends of Ninney Rise Rainforest and Reef conference held in July was an historic occasion for the Mission Beach community.

The highlight of the three day conference saw the Friends of Ninney Rise community group receive the management rights to Ninney Rise from Queensland National Parks.

Ninney Rise is the base from which John Busst organised the 'save the reef and rainforest campaigns' in the 1960s and early 1970s. When John saved nearby Ellison Reef from limestone mining in the Innisfail court in 1967, it set the legal precedent for protecting the whole Great Barrier Reef. The campaigns led to the declaration of the Great Barrier Reef Marine Park and the Wet Tropics on the world heritage list.

The conference included two days of panel discussions with a third day involving a tourism workshop.

Wet Tropics tourism and partnerships manager, Dr Paul Chantrill attended the conference and was enthusiastic about the potential for healthy conservation and tourism partnerships in the region.

“The Ninney Rise conference was a coming together of parks, conservation and the tourism sectors of the community. These groups have recognised the unique opportunity to promote nature based tourism and conservation in one of the most beautiful and ecologically important regions in the Wet Tropics World Heritage Area.

“The idea of the National Landscapes Program was introduced and attracted lots of community interest because the philosophy of national landscapes is a commitment to bring together tourism and conservation to promote nature. This fits in well with the long established culture of community conservation in the area,” Dr Chantrill added.

Dr Chantrill said a common interest group that will include local businesses and local conservationists will meet in the near future to determine how the community can develop a nature based tourism plan with a focus on nurturing small scale, low impact tourism ventures in the region. 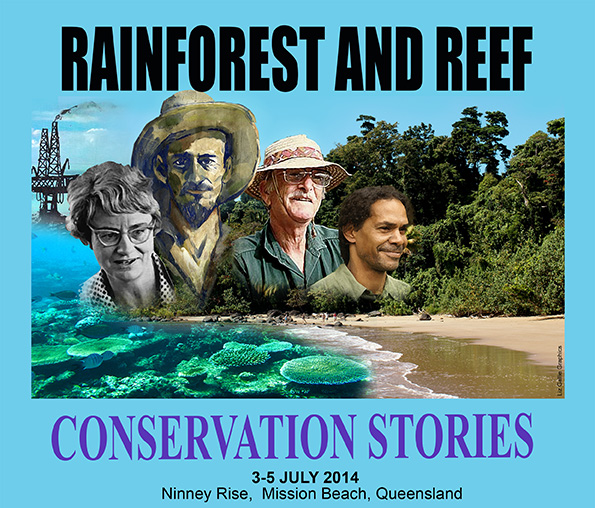