The Wet Tropics World Heritage AreaWet Tropics cultural landscape
Looking after our World Heritage areaExploring the Area
Legislative Framework
Management partnerships
Research and a Learning Landscape
How can I help?

The Wet Tropics Management Authority leads and coordinates management of the World Heritage Area with a wide range of  partners. Protection through Partnerships has always been central to the Authority's approach to managing the Area. Partnerships offer a vast diversity of skills, knowledge and capacity to manage the many facets of the World Heritage Area and its role in the community.

You can read more about some of these partnerships below. The benefits of cooperative partnerships to manage the World Heritage Area are discussed in managing the Area.

The Department of the Environment administers the Environment Protection and Biodiversity Conservation Act 1999 which governs World Heritage properties and lists of threatened species and migratory species. The department also administers Australian Government funding to the Authority and advises the Australian Environment Minister on the Ministerial Council and attends Board meetings as an observer.

The Department of Foreign Affairs and Trade incorporates tourism within its portfolio.

The Department of Defence manages two large training areas near Tully and Bluewater. 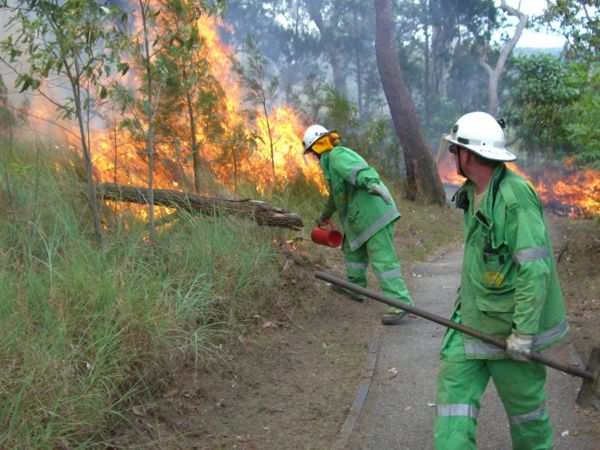 The Wet Tropics Management Authority is an independent statutory body, administered within the portfolio of the Department of Environment and Heritage Protection which manages heritage environmental planning and regulation across Queensland. The department attends Board meetings as an observer and provides advice to the Environment Minister who is nominated as Chair of the Wet Tropics Ministerial Council.

Over 80 percent of the World Heritage Area is within national parks and is managed day to day by the Queensland Parks and Wildlife Service, part of the Department of National Parks, Sport and Racing. The regional director of QPWS attends Board meetings as an observer.

The Department of Tourism, Major Events, Small Business and the Commonwealth Games includes Tourism Queensland. The department attends Board meetings as an observer and advises the Tourism Minister on the Wet Tropics Ministerial Council.

Numerous other Queensland Government agencies play a vital role helping to manage the Area. For instance:

Local governments are responsible for planning schemes which regulate development around the World Heritage Area. They manage numerous roads, water supplies, parks and reserves in and around the Area and have teams which help control a range of feral animals and weeds in the region, including control of domestic dogs and cats.

The councils in the northern Wet Tropics are represented by the Far North Queensland Regional Organisation of Councils which builds regional prosperity through interactive, collaborative and sustainable planning and support.

The World Heritage Area is home to 19 tribal groups with close cultural connections. Native Title has been officially recognised over much of the Area and many other claims are pending. Rainforest Aboriginal people are represented on the Board and through a range of other management mechanisms. See Rainforest Aboriginal Country for detail.

You can read all about community groups and opportunities to volunteer on the volunteers page.

The Authority fosters and coordinates research within the Area with James Cook University, CSIRO and range of other partners and collaborations. See research organisations for details.

A multitude of tour operators and tourism businesses help to promote the Area, show off its spectacular beauty and tell visitors all about it special plants and animals. Over 20 visitor centres operate throughout the region to promote tourism and help visitors with information and directions.

See Exploring for details of things to do and see and regional tourism organisations.

Legislative Framework
Management partnerships
Research and a Learning Landscape
How can I help?